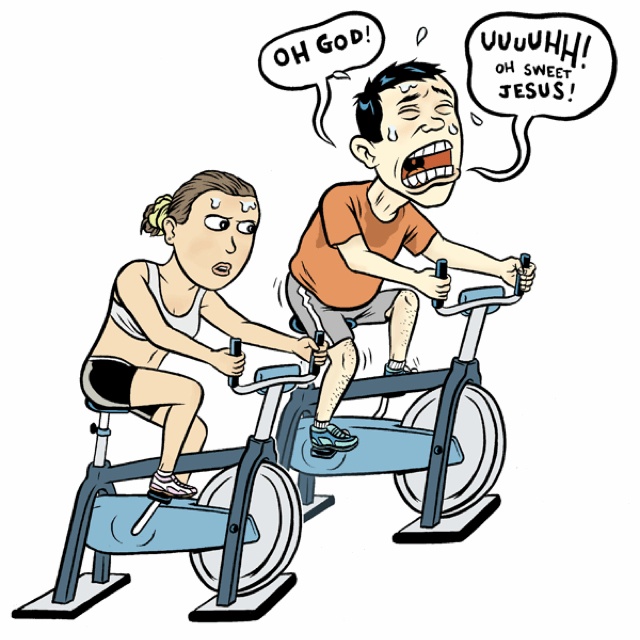 If it’s your first time at an Indoor Cycling class, it can be a bit daunting. You worry about what everyone else will think, will you cope, am I fit enough, will it hurt, what do I need to bring along? Well, here are a few things you may find helpful.

First of all, everyone will be friendly. We’ve all been there and all felt exactly the same. We are a friendly bunch and will only ever try to encourage you. As for coping, yes you will although the first time you come along you will find it takes a bit of getting used to. Seems a lot of things to take in. Getting used to the bike, hills, flats, hovers, sprints and doing all that to music!! On top of that, after your first session, your bum and legs WILL ache and if Carlsberg made the best cycle shorts in the world it wouldn’t help. But, it does get better and after two or three classes it will all fall into place so stick with it. At that point the buzz kicks in, you see improvement and then you look forward to your sessions.

Try and pick a specific beginners class to start with and although we realise this isn’t always convenient remember, beginners are more than welcome at any of our classes. Also, good classes have good instructors with well planned sessions using various music genres. This all helps to create a great atmosphere and make you want to come back. After all, it’s got to be enjoyable.

The only things you need to bring along with you are, Shorts/Leggings (worth investing in cycle shorts at a later date), Tee shirt/Vest, Trainers, Towel and a drink. Anything else you want to know, just ask as we are more than willing to help.

So, why would you want to go to an Indoor Cycling Class (more commonly known as Spin Classes) instead of a Turbo session? They are both good but hopefully I can help you make that decision. 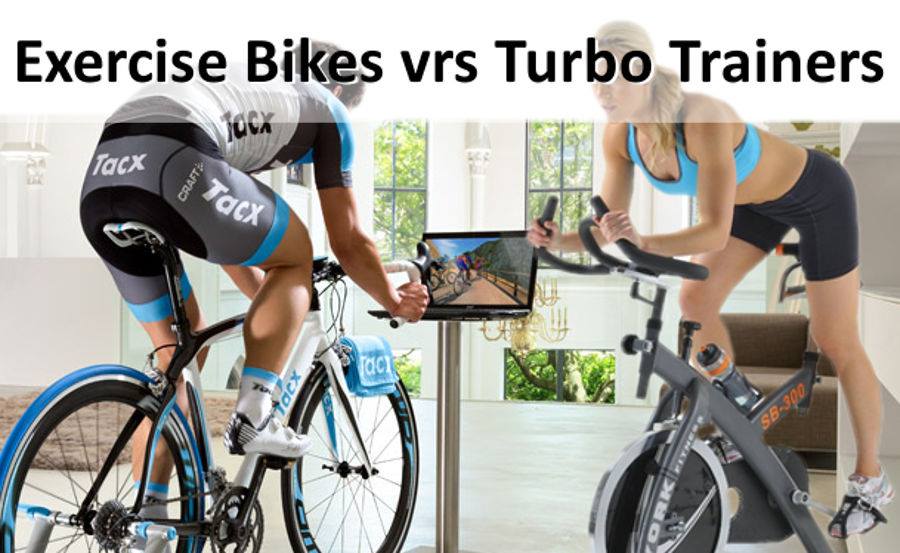 There are obviously differences. In a Turbo session you use your own bike on a Turbo trainer using gears to simulate the terrain. In an Indoor Cycling session you use a fixed wheel stationary bike with a resistance control instead of gears.
Before 2014 I had never even sat on an indoor cycle (spin bike). For the previous 6 years my winter training consisted of taking part in and teaching Turbo Training sessions. Now don’t get me wrong, I thoroughly enjoyed Turbo sessions and still do, but I find the alternative offers a session that’s equally as well structured if not better, and far more enjoyable.

But the big difference between the two is music, a good instructors most powerful tool. Good Indoor Cycling classes, particularly those with instructors who trained and qualified with Performance Cycling, use music for cycling to, not just in the background. I’ve used music in Turbo sessions, but not in the same way. Generally, fast songs meant fast RPM (pedal speed) and slower songs generally meant slower RPM. I was on the right track though, just needed to fine tune it. In fact, In October I start a Turbo class in Narberth, based on our Indoor Cycling sessions. This will be structured in exactly the same way. See Narberth Dynamos Cycling Club or www.narberthdynamos.co.uk/cyclefit/ for more details.

In an Indoor Cycling class, people climbing a hill will all be following the musics bassline and in effect covering the same distance. For example, we recently rode a simulated hill climb. At the end of 1 hour 45 minutes we were all within about a mile of each other. That’s pretty impressive over 30 miles in a mixed ability class. This was due to, pardon the pun, all singing from the same sheet!! Although the bikes are fitted with computers that show Cadence/RPM, we don’t rely on them, especially for hills, we have the music for that. You adjust the resistance to what feels like a hill , the more resistance you have on, the steeper the climb and the faster the music the faster the climb. The music controls everything, flats, hills, sprints, runs and hovers.

Another advantage of Indoor Cycling over Turbo is the ease of setting up. There are no tyre pressures to worry about, no turbo to set up. The bikes are already there so no need to drag your bike in and out of the car, set it up, then do the same again when finished. You just turn up with your trainers, cycling kit, drink and a towel and away you go. The bikes are also fully adjustable and can be set to replicate your bike riding position for specific classes if needed.

There are more muscles used in the classes, such as your core and quads, also your pedal stroke becomes more efficient due to riding a fixed wheel. Along with lots of people who attend the classes, my cycling has improved over the past months, especially climbing. James, one of our instructors, although only cycling in the classes, still managed 6hrs :39mins for the Long Course 112 mile sportive (with a crash!).

The classes aren’t just aimed at cyclists as a lot of people just want to exercise and never intend cycling outdoors, or don’t want to get too technical with heart rates etc, although the option is there. The majority, me included just want to work hard for the hour and see improvements over time. A lot of people who attand the classes have since ventured out on the roads and we even have our own Sunday Club which we will be developing over the next few weeks. We also have a few triathletes such as Nigel Merrony, Pat Currie, Jimmy Thomas, Amy Phillips, Pete Armytage amongst others who also tell us how much their climbing and general fitness has improved since attending the classes. We also get feedback from people telling us the sessions have improved their running and skiing!

Gone are the days of just sitting on a bike in a gym and just pedalling away for 45 mins or more, watching TV or reading a magazine (yes it happens!!) We structure our classes, catering for beginners to advanced, carefully choosing music to give you variation and enjoyment. You can simulate any type of terrain, even training to Dvd’s giving you that feeling of actually being there.

As I said earlier, I like both, but for me the Indoor Cycling classes are far more enjoyable and accessable for everyone, whether you just want to keep fit, or as an important part of your cycling Winter training.
Jon